According to W3Techs, a company that reports web based statistics, a recent survey on the usage of content management systems indicates that WordPress is now being used on 30.0% of the top 10 million active websites, which translates into a 60.2% CMS market share. While just over half of existing websites do not utilize a content management system, WordPress has been dominating the playing field, with Joomla sitting in second place at just over 6% of the market share. This statistic is inclusive of both WordPress.com and WordPress.org sites.

As announced in Googles Security Blog the internet browser Chrome will be labeling all HTTP sites as “not secure” with the release of version 68 this July. As mentioned by the company over the last few years, Google is making this push to promote internet security across the web.

Last year, Web Services made the move to integrate all of our hosted websites without SSL certifications to free Let’s Encrypt certs, which are set to automatically renew when the expiry date is reached. By keeping ahead of this change, our hosted credit union sites will not need to worry about their site security appearance when Google implements this feature into Chrome in a few months.

With all of the news going around regarding website compliance, we can assume that you may be concerned about your website being able to pass an accessibility scan. In Web Services, we have been taking all client requests to validate at WCAG 2.0 (AA) and (AAA) levels for existing sites and ensuring current accessibility guidelines are satisfactory on all new custom WordPress theme redesigns.

But, as those who have spoke with us on the subject most likely have heard “ADA Compliance will be a journey, not a destination that we can visit once or twice”.
END_OF_DOCUMENT_TOKEN_TO_BE_REPLACED

Dec 1, 2017 at 2:49 pm by Keegan Krajniak
Posted in News | Comments Off on Key Points for Website Accessibility 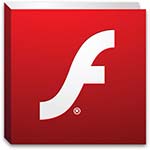 On July 25th, Adobe Corporate Communications released their planned future of Adobe Flash, or, lack thereof. The statement specifies that Flash will no longer be updated or distributed by the end of 2020, giving users more than adequate time to clean up their sites and features utilizing it.

As one may have noticed, the major browsers have been blocking Flash from loading on sites by default. After Adobe made the announcement, the browser developers voiced their plans to assist in sunsetting the 1996 software:

In Web Services, our WordPress custom themes are built without integrating Flash, as the decline of this software has been noticeable for a significantly long time. We suggest that credit unions with older static sites (at some point) verify that their web presence is not integrating Adobe Flash, as the slow degradation will affect the aesthetics of the material their users see.

When adding links on a website, one should always consider the content they are facing toward their viewers. A common mistake is to use the text “click here” as an incentive to get the viewer to hit a hyperlink, and there are several reasons why:

Instead, use descriptive context to show your viewers what they are clicking on:

Named after William John Evans, WordPress 4.8 brought in a few new features for us to add into our utility belt.  Here’s what “Evans” gave us.

New Widget Updates
Images can now be added directly into widgets without having to manually enter image URLs. A couple clicks, and your media file is dropped right in. Video widgets now exist and can be added into your front page or sidebar. Audio is now supported and can be converted into a widget, and standard widgets now include rich text formatting.  END_OF_DOCUMENT_TOKEN_TO_BE_REPLACED